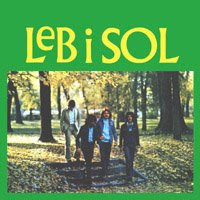 Leb i Sol is a Macedonian rock group founded in the 1970s by Vlatko Stefanovski (guitar), Bodan Arsovski (bass guitar), Nikola Kokan Dimuševski (keyboards) and Garabet Tavitjan (drums). Tavitjan ceded the drumwork to Dragoljub Đuričić for some of the albums, while Kiril Džajkovski replaced Kokan on Kao Kakao and Putujemo. Beside being the most eminent Macedonian band, they were also one of the most important acts of the former Yugoslav Rock scene. They recorded debut album at the studio RTV Novi Sad in September 1977 . Album was recorded in five days and produced by Katalin Farkaš. The jazz-rock themes with ethno influences dominate the album, and six themes out of nine are instrumental. All four of the members are composing, though Vlatko is the most productive one. The song "Nisam Tvoj" can be singled out as the hit of that record.
Leb i Sol-1978-Leb i Sol 1 [Lp]
01-Devetka
02-Pod vodom
03-Utrinska tema
04-Kokoska
05-Nisam tvoj
06-U senci
07-Čudo za tri dana
08-Pesma o Sonji
09-Damar
Bitrate 192
Vinyl Rip by Lajso
Posted by Ex Yu Pop Rock Madness at 01:06 2 comments: 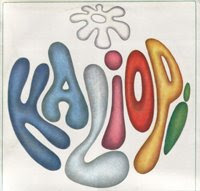