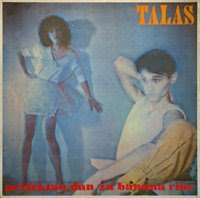 Talas only album "Perfektan dan za banana ribe" was recorded in studio MS in Belgrade, produced by Boban Petrović & Bojan Pečar and released on 16th of July in 1983. 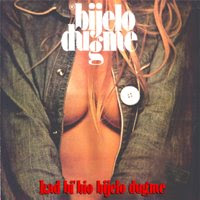 "Kad bi bio bijelo dugme" is the 1974 debut LP from influential Yugoslav rock group Bijelo Dugme. Together with their second album Šta bi dao da si na mom mjestu, is considered the most Heavy metal driven album of their 16 year career. At the time the band was strongly influenced by popular rock pioneers such as Led Zeppelin and Black Sabbath, together with blues and traditional Balkan music a genre that would be further explored by band leader, chef lyricist and composer Goran Bregović in latter years. The band's name originated from the epic title track "Kad bi' bio bijelo dugme" (translation: “If I were a white button) after their manager Raka Marić convinced guitarist Goran Bregović to change it from Jutro (translation: morning). 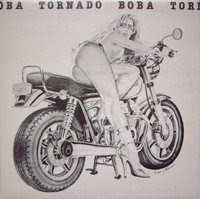 Posted by Ex Yu Pop Rock Madness at 06:38 No comments:

Posted by Ex Yu Pop Rock Madness at 10:45 No comments: